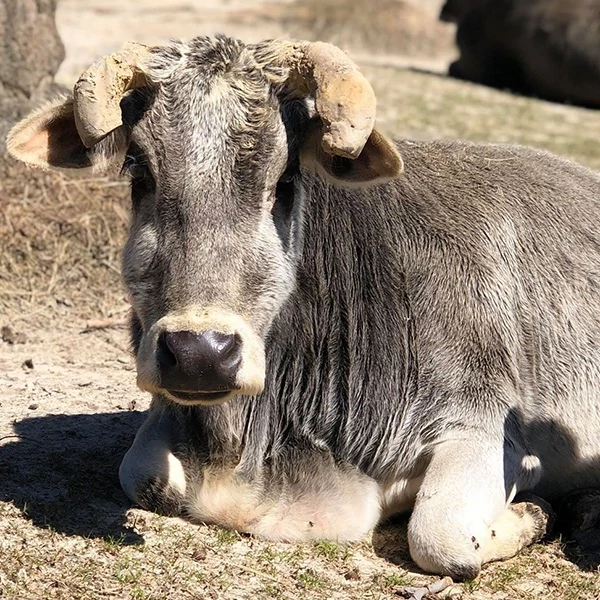 Zebu is the common name for several breeds of humped cattle. It's one of the oldest known species of cattle and has been around 6,000 years. They are a domestic cattle used as labor and riding animals in Africa, India, and other parts of Asia. The zebu is called the Sacred Cow of India and evolved from Indian wild cattle.

It has a large fatty hump on its shoulders, long horns, and a large dewlap (a loose flap of skin hanging from the throat of cattle). It has a great endurance and resistance to heat and many diseases. Even though zebus are a poor source for milk and meat, they have been bred in the United States with other types of domesticated cattle.

WHAT'S ON THE MENU?
Grazers, Most Grass