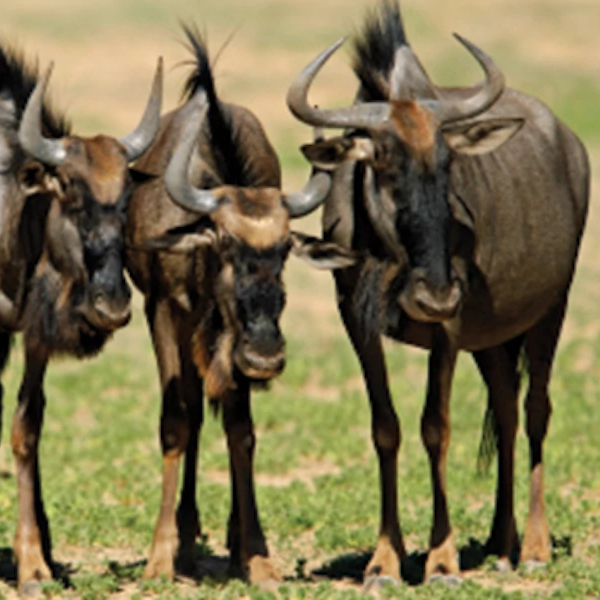 The Wildebeest is an unusual-looking African grazing antelope with brown stripes on its sides and down-curving horns. It's the dominant plains antelope in eastern and southern Africa and the main source of food for lions and hyenas.

The wildebeest is known for migrating long distances and territories are strongly defended. Non-traveling wildebeest separate into female and male herds and establish territories. Because the wildebeest is a prime target for predators, its young has to adapt quickly. Young animals begin to run 18 seconds after birth. The wildebeests usual response to danger is to run and not fight, although it will put up a display of aggression.

WHAT'S ON THE MENU?
Grass, Reeds, And Brushes