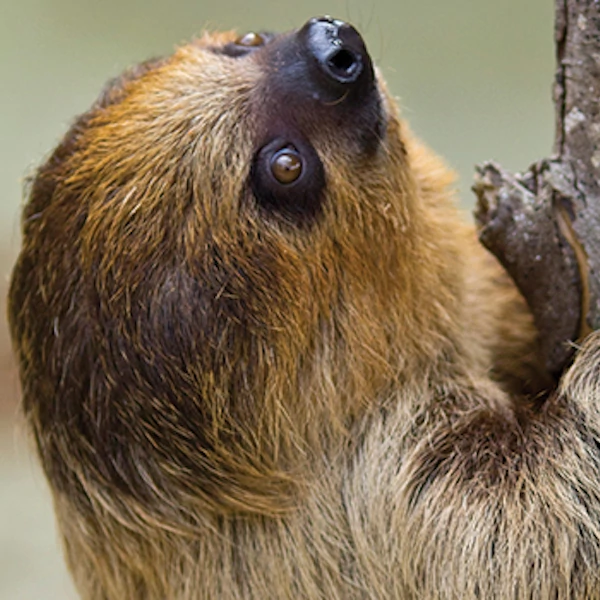 The sloth is the world's slowest mammal, so sedentary that algae grows on its furry coat. The plant gives it a greenish tint that is useful camouflage in the trees of its Central and South American rain forest home.

Sloths are identified by the number of long, prominent claws that they have on each front foot. There are both two-toed and three-toed sloths.

All sloths are built for life in the treetops. They spend nearly all of their time aloft, hanging from branches with a powerful grip aided by their long claws. Sloths even sleep in trees, and they sleep a lot some 15 to 20 hours every day. Even when awake they often remain motionless, and two-toed sloths are generally silent. At night they eat leaves, shoots, and fruit from the trees and get almost all of their water from juicy plants.