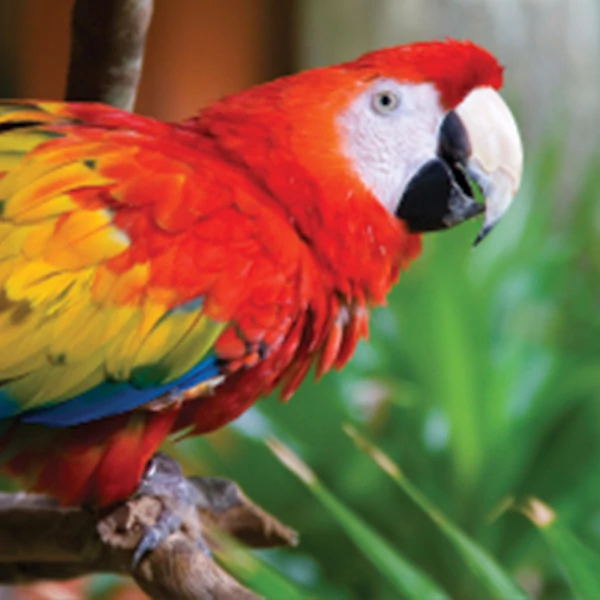 Beautiful multi-colored Macaws from South and Central America will dazzle and delight you. Keepers explain how these beautiful birds are monogamous and live in small groups.; The only way to tell the sex of a Macaw is to have a blood test performed.

More information:
The Macaw is among the largest parrots in the world. Its brightly colored, with a hooked bill which allows it to crush nuts and climb trees, a short neck, long tail and reversed toes (two before, two behind), which aid in grasping seeds and climbing. Most are fruit and seed eaters, with well-developed crops to soften food. A Macaw is an intelligent and gregarious animal, and in isolation it can mimic human keepers as a form of social behavior.

A macaw will travel in what is known as a screeching flock, except when breeding. It often gathers in flocks where its commonly in pairs, and will form a roosting group. Up to 20 birds may form family groups. Its believed that macaws are monogamous and won't breed until they are 3-4 years old. A macaw will commonly mate for years, if not for life. Macaw chicks do not get a full set of feathers until 10 weeks of age and will stay in the nest for another three weeks. By 6 months old the baby Macaw looks just like its beautifully colored parents.