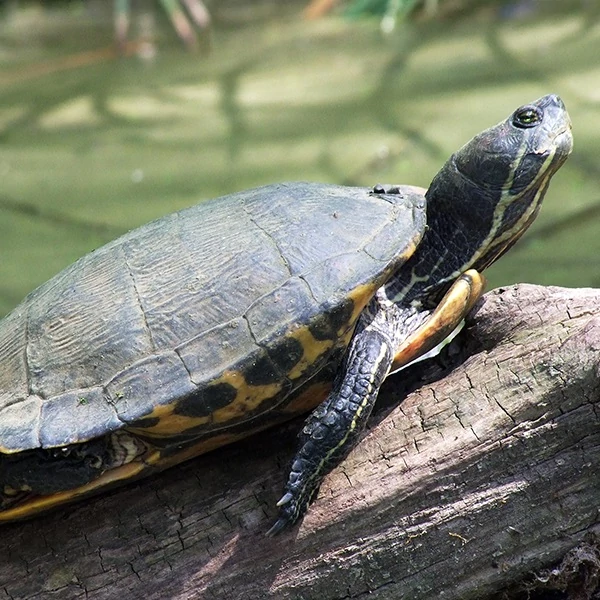 River cooters are freshwater turtles that are found throughout the central and eastern United States. They enjoy basking in the sun on logs or rocks and are often found in groups with other turtles. During the winter, river cooters have been known to become dormant for up to two months in the mud or underwater. During that time, they don’t breath and instead absorb oxygen from the water through its reproductive organs.