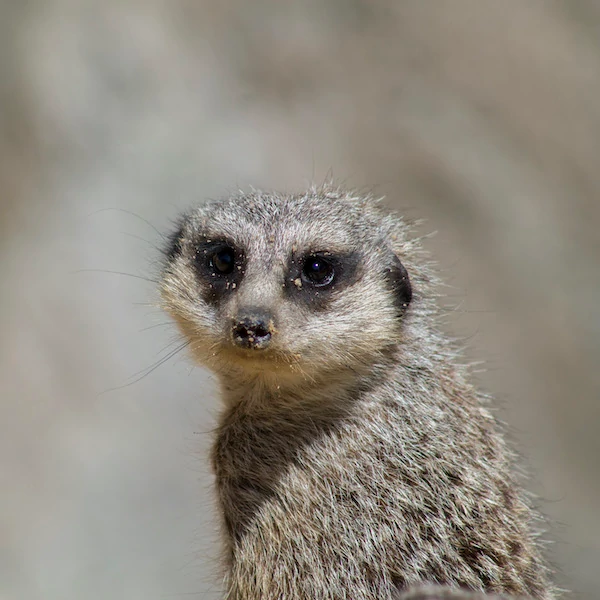 Famous for their uprightstance, meerkats are very social and charimatic mongooses which live throughout southern Africa. Groups of 2 or 3 meerkat families, called mobs, live together in burrows. The mobs spend great deal of time together grooming and playing to bond as a family unit.

Meerkats will wake early in the morning to begin their hunting. Adults will take turns watching for predators at the highest peak in the area while the others forage for food. If all is well, the meerkat on the watch, called the sentry, will make a low constant peeping known as the watchman's song. He will let out a bark or whistle if a predator is near or if alarmed.After which the mob will scurry and seek the nearest large hole.

Their diet is mostly insects but they will also eat small reptiles, eggs, scorpions and plants.