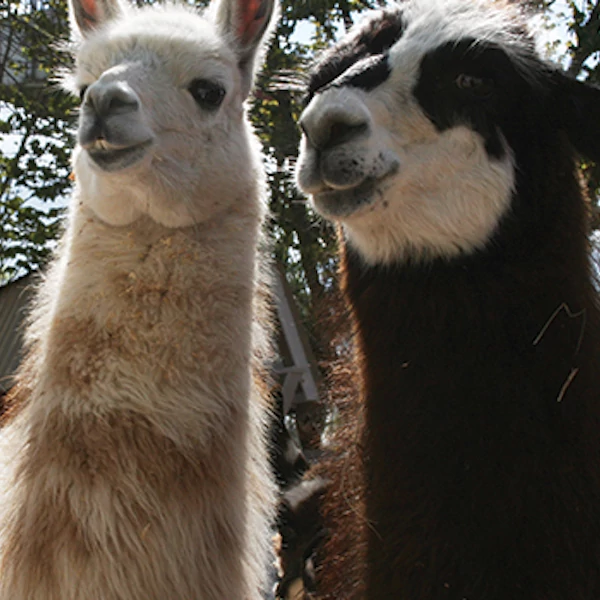 The llama is a South American member of the camel family. Its body is covered with a fine, fairly long wool, and it was domesticated by the Indians of Peru around 4,000 years ago. Because of its domestication, little is known about its social behavior in the wild. The llama is a ruminant that lives in herds of a few females with one male, but there are leaderless herds of males up to 200 strong. It's a descendant of the wild guanaco, a relative of the camel. The beast is known for its sure footed travels in high mountainous areas. It's docile by nature, but can also be stubborn. The llama is known to spit foul-smelling liquid at handlers when it gets upset.

The llama will mate seasonally to coincide with the growth of vegetation. Females will give birth standing up to a single youth. The young llama can walk just 30 minutes after birth and will suckle for four months.

It's utilized as a wool and pack animal and can carry loads up to 130 pounds for up to 10-20 miles a day over rugged slopes in high altitudes. The use of llamas has been indispensable to man success in temperate and high altitude deserts. The Inca Empire culture and economy revolved around the llama, which provided the primary means of transportation and carry goods.

WHAT'S ON THE MENU?
Grass, Herbs, Lichen, And Leaves