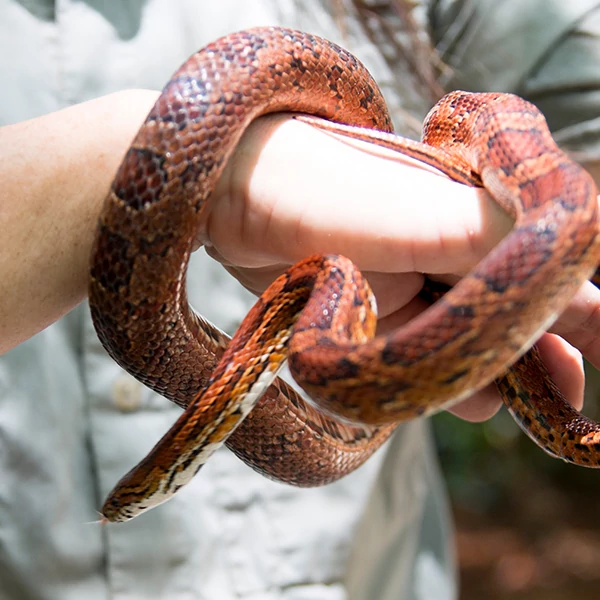 The corn snake is a North American species of rat snake that kills its prey by squeezing, much like a boa constrictor. Corn snakes aren’t venomous but are sometimes confused for the venomous copperhead snake. This species gets its name because it often preys on mice and rats that eat harvested corn.

WHAT'S ON THE MENU?
Small Rodents