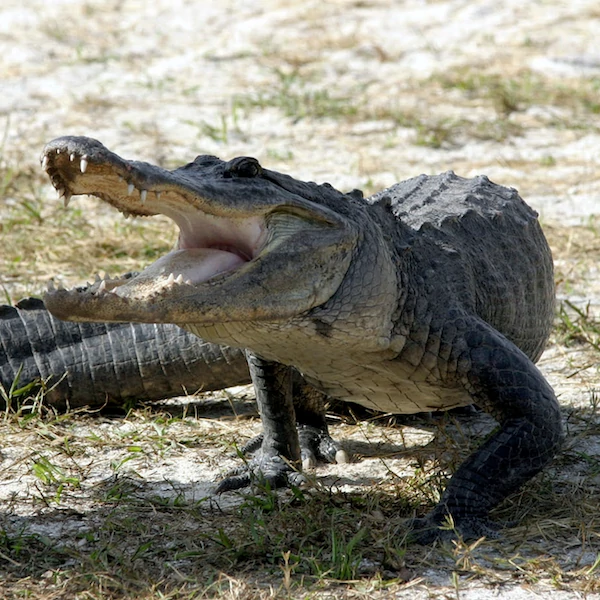 The American alligator is an amphibious reptile that spends all of its time in and around swamps and rivers.  Alligators and crocodiles are descendants from reptiles that lived between 225 and 65 million years ago.

The alligator has been a target for hunters for many years because of its leather skin that can be made into shoes, handbags, and other items. Hunting has greatly reduced alligator populations in the past. In 1969, the American alligator was placed under federal protection, and its numbers have since increased. In 1987 the U. S. Fish and Wildlife Service declared the American alligator to be out of danger.