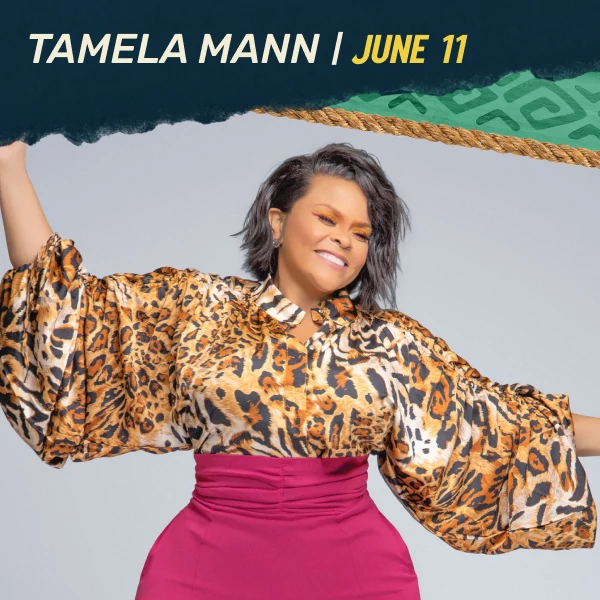 After making five albums with Kirk Franklin and his pioneering group, The Family, Tamela began acting and discovered a love for the theater. It was at that time Tyler Perry recruited her and her husband, NAACP Image® Award winning actor David Mann, to appear as the beloved “Mr. Brown” and “Cora” in his play, I Can Do Bad All By Myself. They continued to work with Perry in his plays and such hit films as Diary of a Mad Black Woman, Madea Goes to Jail and 2011’s Madea’s Big Happy Family. She and David also starred in the film and long-running hit TBS comedy, Meet the Browns.

Completion is a beautiful goal, yet it can be so hard to attain. It’s something most of us wrestle with throughout our lives and Tamela Mann is no exception. It’s a concept that surfaces throughout her new album Overcomer, a compelling collection of songs that takes the listener on the journey Tamela has been traveling the past few years.