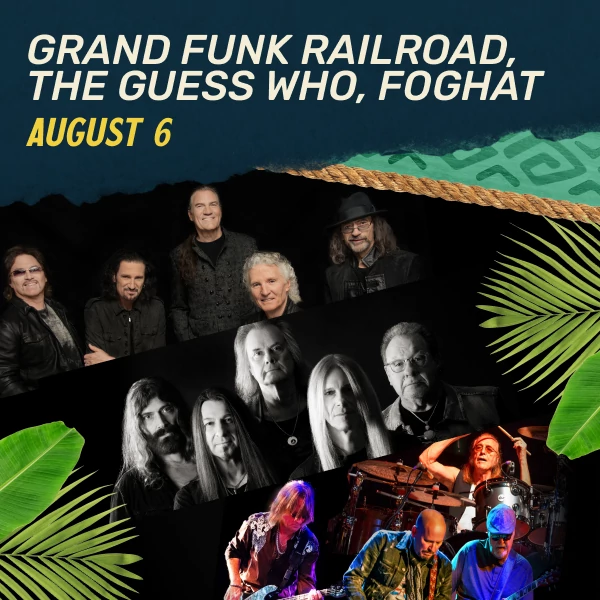 Grand Funk Railroad - Over their career, Grand Funk Railroad has had 19 charted singles, 8 Top 40 hits and two Number One singles, with “We're An American Band” and “Locomotion”, both selling more than one million each. The group has now accumulated 13 gold and 10 platinum records with record sales exceeding 25 million copies sold worldwide. The most recent gold CD award was presented to the band for their greatest hits package Grand Funk Railroad the Collectors Series.

The Guess Who - The Guess Who has connected with fans throughout a five decade career with fourteen Top 40 hits, including “No Sugar Tonight” and “These Eyes.” The Canadian Music Hall of Fame members are most widely known for their No. 1 rock anthem, “American Woman.”

Foghat - Foghat formed in 1971 and has resonated with generations throughout the years. Foghat has earned eight Gold records, one Platinum record, and one Double-Platinum record and they continue to release new music every few years. Foghat is most widely known for their mega-hit, “Slow Ride.”