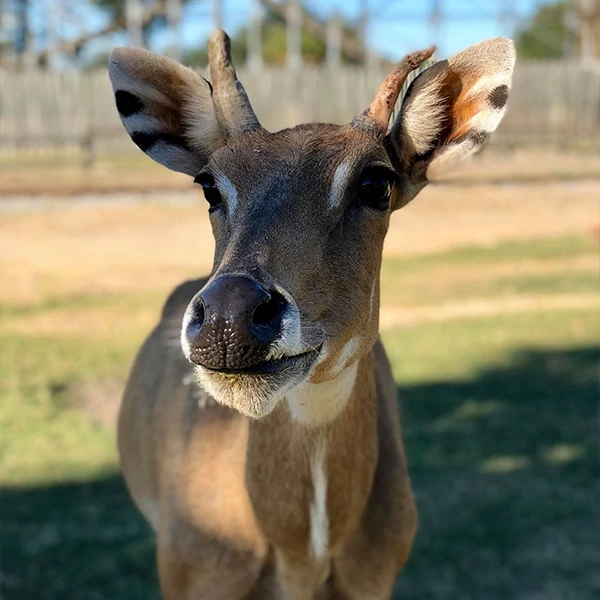 Native to India and Pakistan, they are also on Texas grasslands and thin forest areas

The Nilgai is native to India and Pakistan, where it's the largest species of antelope. The animal is horse-like with a coat that is coarse iron-gray. It has white markings on its fetlocks, cheeks, and ears, with a tuft of stiff black hairs on its throat. Males have short smooth horns, while females usually do not grow horns, but may occasionally. Females and young are brown to orange/brown in color. The Nilgai has a thin coat that is susceptible to cold weather, and it will store only a meager winter fat reserve. Its characteristics are close to the domestic cow.

Nilgai inhabit dry flat areas and some rolling country with thin cover of forest and scrubs. It will herd in small groups of 10 animals, but larger groups of 20-70 have been spotted. Males will separate for most of the year from females and will only join the cow-calf groups for breeding.

WHAT'S ON THE MENU?
Grass, Grain, And Hay