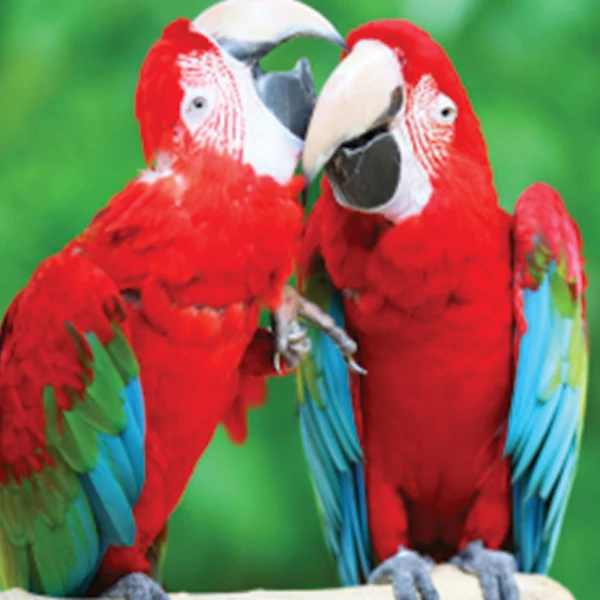 All Macaws have the same physical characteristics. They have a slender body, long wings, and a long tapered tail. All types of Macaws have an oversized head and beak. The beak is adapted to eating large nuts in the wild, such as the various palm nuts.

The Green Winged Macaw is the largest of its genus, found in the forests of northern and central South America. Like other Macaws, in recent years there has been a marked decline in its numbers due to habitat loss and illegal capture for the parrot trade.

WHAT'S ON THE MENU?
Variety Of Seeds, Nuts, And Fruits