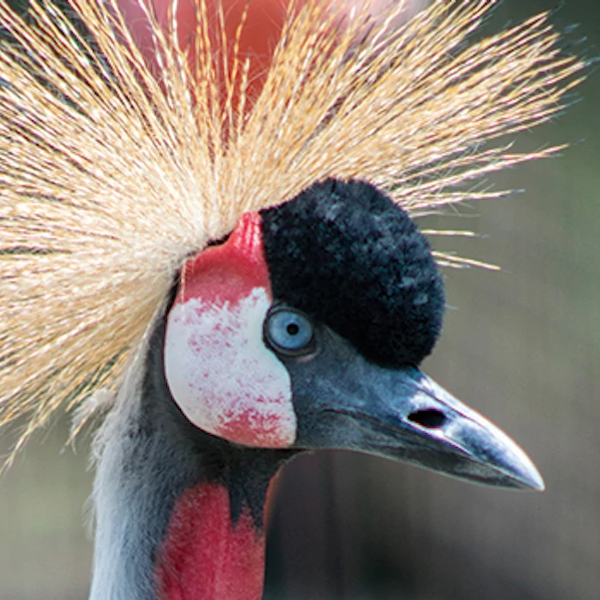 Found on the Savannas of West, Central and South Africa

The African crowned crane is a striking and colorful bird with golden feathers on top of its head that resemble a Roman helmet.  The most distinct characteristic about the crane is its windpipe, which may be 5 feet long, half of which is coiled within its breastbone. The windpipe allows the crane to make loud “trombone-like” calls, which may carry for more than a mile.